Say No to Gossip 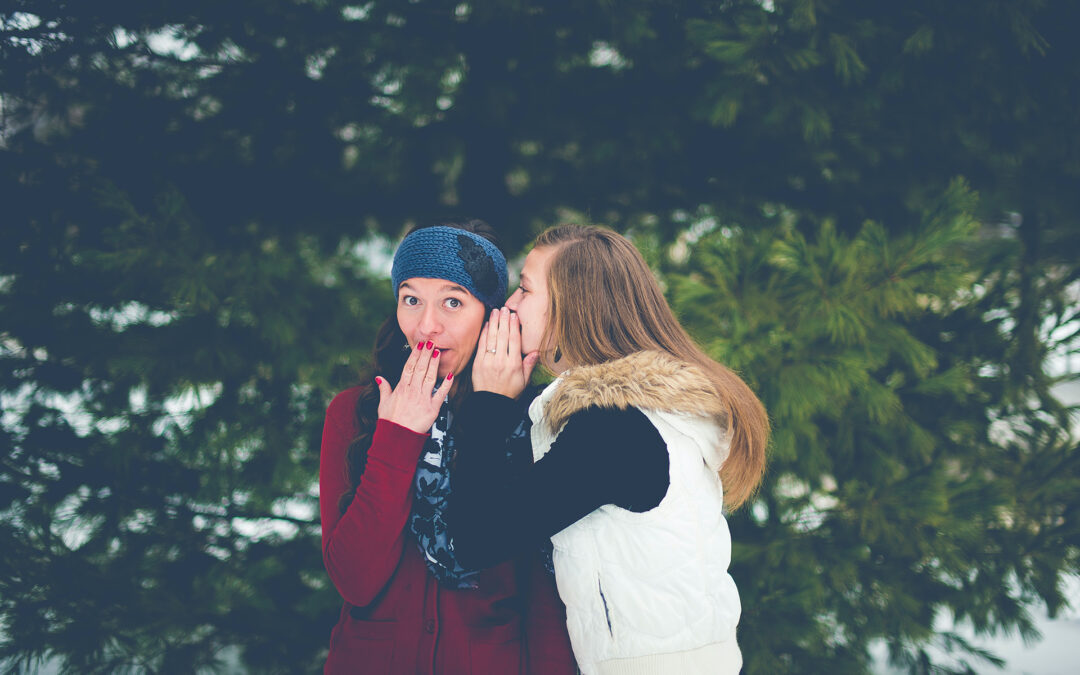 Recently I overheard someone who was sitting at the table next to mine talking on her cell phone.

“Who does she think she is?” the woman said. “Everyone at work knows she’s sleeping with the boss. That’s why she always gets special treatment.”

There was a pause as if the person on the other end of the phone was responding. Then the woman at the next table, somewhat frustrated, said, “I’m not gossiping, I’m just sharing some information. It’s my opinion and I’m entitled to that.”

As I watched and listened to this brief interaction, I wondered how often each of us engages in gossip. How many of you have ever heard such a statement? How many of you have ever made such a statement? More than just about anything, gossip compels the participants to take sides, creating a line between them and us. It’s so destructive, yet we do it.

The key to recognizing gossip is motive. Why are you sharing information? Is it to compliment the person you’re talking about? Are you sharing useful information or are you jealous and trying to get support in making fun of him or her? Have you ever been gossiped about? How did it feel? What was the basis of the comments? Were you ever able to overcome it? Did people treat you differently? Did it affect your job, family, or health?

If gossip is so hurtful and potentially harmful, why do we do it? First and foremost, because we can. For some people, it’s as natural and easy as saying their name.

A second reason to gossip is that we often feel powerless over our lives, our jobs, and our relationships. We feel ill-equipped to confront the object of our anger, perhaps because he or she controls the purse strings or other needed resources. So we say things behind his or her back. Powerlessness breeds feelings of inadequacy and fear. When we’re afraid or feel inadequate, we lash out in the only way we can—by making others feel as badly as we do. This takes the focus off our part in what happened and puts the blame squarely on someone else.

A third reason to gossip is that our lives may be boring and uninteresting. We look to the lives of other people to keep us entertained.

A fourth reason to gossip is that it creates alliances and a sense of camaraderie among the hurt and angry. Lines are drawn; sides are taken. It’s them against us. And for us to really win and feel good about our win, we need others to align with our cause. When we join forces with the gossiper against someone else, we feel formidable and mighty. There is power in numbers. For the insecure person, being a part of the crowd works, whatever the cost.

Finally, gossipers don’t feel good about themselves, and they want others to feel as badly as they do. We spend our days talking about another person, rather than living our lives or working at changing our condition. We become a part of the victim class, stuck in a downward spiral where the victim never really wins.

Regardless of the reason, gossip is the coward’s way of dealing with feelings. It never resolves the issue. Instead, it takes away our power, fuels the flame, and garners support for our fear, ultimately making us feel angrier. Further, gossip hurts the gossiper as much as it does the person being talked about. While it may feel good at the moment to disparage someone else, deep down it damages our self-esteem. The energy we expend destroying someone’s character could be used to change our own lives. And what goes around comes around. We get back what we put out.

So how do you break the pattern of gossip?

It’s an esteemable act to say no to gossip.