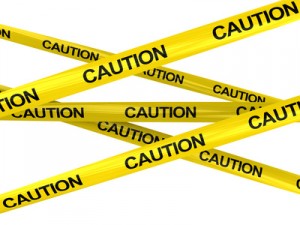 Over the past week I heard no less than 5 news stories about someone who chose not to follow certain rules, was injured in some way as a result of their actions, but who blamed someone else for their unfortunate outcome. The irony is, in every instance, the network news anchor, spinning the story, downplayed the poor choice those people made, and highlighted the problem being someone else’s’ fault. Here are two examples:

In both cases, there was an implied belief that rules are to be broken, that they apply to other people.  Wanda’s reckless disregard of the rules and the warnings caused her injury. The ship owner’s reckless disregard of his lease caused his injury—being evicted.
What if Wanda was killed? Her family would be the first to file a wrongful death claim.  Yet, was it not Wanda who had a duty to follow the rules and protect herself?  If she’s legally blind, should she have even been there by herself with a companion?  A good argument could be made that she did have a duty and because she breached her duty she caused her own injury. What do you think?  What if one of the entrepreneurs was injured on the Maritol?  I’d bet his/her family would try and sue the landlord for negligence.  Yet a good argument could be made that the ship owner was negligent.  He had a duty to abide by his lease, and because he violated his lease he caused his eviction.
What do you think?
I’m Attorney Francine Ward and I am interested in your opinion. Join the conversation on my Legal Facebook Fan Page, Twitter, and in one of my LinkedIn groups.