One of my favorite movies of all times is Titanic. First, because I love history, and have always been fascinated by the plight of the Titanic. As a kid, I read tons of books on the topic and when the Titanic movie came out, it added flesh to an incredible story.  I couldn’t get enough of the Titanic facts. But I also love the movie, because it’s a great love story. Poor boy meets rich girl; steals her from her rich fiancée, and but for the sinking of the Titanic, would have lived happily ever after—or not. 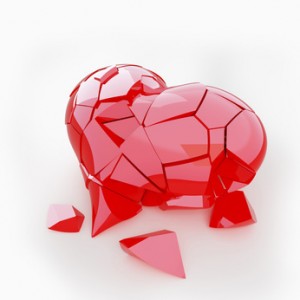 Happily ever after. Love Messages.

The first time I saw the movie, I was just taken away by the monumental beauty of the love story. Every time thereafter, a piece of reality sunk in.  First, the fact that Rose was so unhappy with her life that she was willing to run off with the first guy who promised her nothing—that’s right, absolutely nothing.  How could he promise her anything when he had nothing to give?  He didn’t even own the jacket on his back.  Second, how Rose was willing to not only give up everything, but was willing to sacrifice her life (sink with the ship), while trying to save a guy she met just days before.  Some see that as romantic.  I think it a bit crazy.

Happily Ever After, or Not!

What I realized today, as I watched the movie for the 7th time, was that girls eat this up—and we are socialized to do so.  We are taught not only to believe in the fairy tale, but to seek it out, to expect it, and to even be willing to die for it.  The fairy tale being: boy (or girl) meets rich girl (or boy) and lives happily ever after.  No wonder we don’t see the rest of the story.  If we did, no one would ever go to the movies, get married, or have kids.
Hollywood loves happy endings.  And lucky for us they do.  If there were no happy endings, there would be no need to dream or believe in Hope.   But sometimes it’s important to also see the truth behind the façade.  How else could we be expected to make informed decisions?
Here is another possible Titanic ending:  Rose, a rich well-bred girl marries Jack, a boy who has nothing, wants nothing, and likely will be nothing.  Blinded by love, she gets pregnant, once, twice, four times, six times, and they cannot afford to pay the bills.  He drinks to take away the pain, and has a mistress because Rose doesn’t understand him and all that he’s trying to do.  Rose cannot understand what happened, since she gave up everything for Jack.  Depressed, she starts overeating and taking Zoloft or some other prescription drug. They live happily ever after?
I’m not suggesting that money brings happiness, and if you are poor you have nothing to live for.  Neither am I saying that if you start in steerage you cannot wind up in first class.  In America, anything is possible—and love is a beautiful thing.  What I am saying is that oftentimes it takes more than just “being in love” to create a wonderful life.  Love doesn’t pay the bills.  Loving your partner doesn’t make them faithful.  I’m suggesting that whatever you decide to do—in the name of love—let it be based on careful thought.
I’m Francine Ward stirring the pot and I welcome your comments, thoughts, and opinions.  Join my conversation on my Esteemable Acts Facebook Fan Page, Twitter, or in one of my LinkedIn Groups.