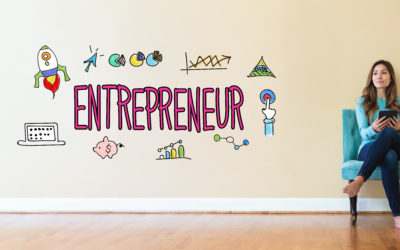 A new entrepreneur is born every day. With minds brimming with fresh new ideas, they create the fabric of our tomorrow.  And institutions of higher learning are doing their part to support them. The perfect venue for the development of creative ideas, universities often provide law clinics and/or co-venture labs as incubators.  These laboratory-type environments make for an ideal home for new entrepreneurs to develop and test their ideas, as well as learn. Often led by other more knowledgeable students or expert faculty, they provide information and guidance.

While a great opportunity for a new entrepreneur, there are some issues student entrepreneurs should consider.  Regretfully, rarely does the student entrepreneur, vying to be the next Bill Gates, Steve Jobs, or Mark Zuckerberg, consider these issues until it’s too late.  At the top of the list is ownership of the intellectual property created at the university and using university resources.
If a student is using university resources, faculty help, or equipment owned by the government (if, for example it is a state-run institution), then who owns the intellectual property? Such intellectual property could range from creating content, designing a prototype for an invention, or developing a brand. The question still arises—who owns it. In many cases the university says the student, but that could get tricky.
If the university-based law clinic or co-venture labs is federally or state funded, in some cases that use could trigger an assignment clause. Essentially turning everything created by the student entrepreneur over to the government.  That would bypass the school altogether. What if the student shares ideas and gets significant feedback either from other students or faculty, who then owns the intellectual property?
There have been a number of legal battles addressing a variety of scenarios, where student entrepreneurs have unknowingly not addressed ownership at the beginning of the process. These same issues could apply to non-university idea hubs and venture hubs. Who owns the rights if many participants contribute to the creation of the work?
In the 2011 U.S. Supreme Court decision in Board of Trustees of Leland Stanford Junior University v. Roche Molecular Systems, the court held that in certain situations a university’s research fellow’s federally funded HIV project and invention was owned by the fellow and not the university.
In Allegra, inc. v. Bouboulis, where an inventor collaborated with a party, the court held that without assigning any rights in writing, the inventor owned the invention in its entirety.

What Can a Student Entrepreneur do to Protect Herself?

In both cases above, had there been a writing explicitly assigning rights or partial rights in the work, the decision likely would have been different. So, what can a student or any entrepreneur do to protect herself? An age-old message some of you are tired of hearing me say, but it rings true here—GET IT IN WRITING!