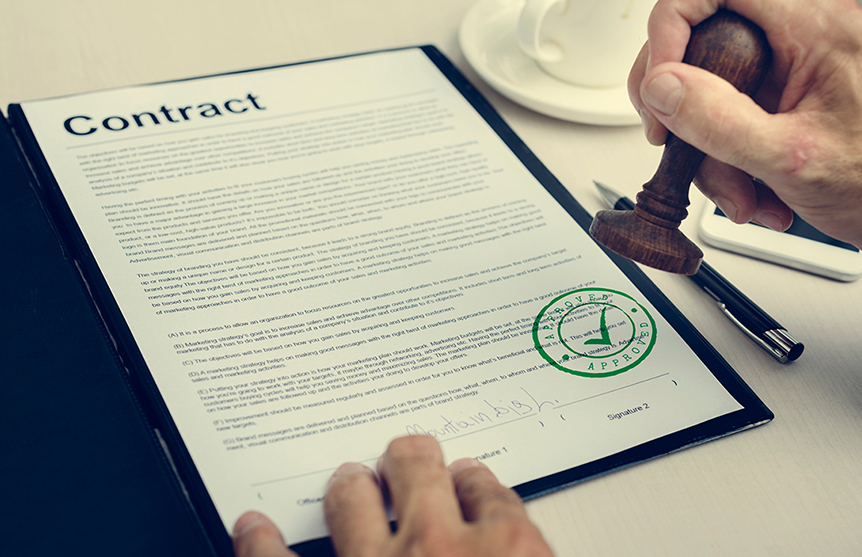 A contract is supposed to uphold an agreement and protect involved parties. So, what does an entity do if a signing party fails to deliver?

In many cases, smaller companies or persons assume that they do not have the money or bargaining power to speak up when a deal goes awry. On the flip side, a company or person can actually breach an agreement without even knowing it.

That’s why it is absolutely imperative to know what your obligations under your agreements are and fulfill those obligations as agreed to. That being said, there are a variety of money damages available to the non-breaching party, which include:

Money that compensates the non-breaching party for the direct harm, injury, or loss sustained as a result of the breach.

Money compensated to the non-breaching party for the indirect harm, injury, or loss—that was reasonably foreseeable—resulting from the breach.

Money recoverable, which is designed to punish the breaching party and to deter further breaches.  As a general rule, the non-breaching party cannot recover punitive damages for a breach of contract, unless the breaching party also committed a tort. For example, this could include intentional infliction of emotional distress or interference with one’s right to contract.

A small or nominal amount of money may be recoverable simply to make a point, or when only a “technical” injury occurred, which resulted in no actual harm to the non-breaching party.

Other non-monetary damages that can be enforced are performance damages (required actions) or rescission (contract cancellation).

Business contracts are absolutely necessary in the commerce world as they legally enforce involved parties to honor agreements. However, there may be elements in your business contract that waive your rights to pursue monetary damages in the case of a breach contract. That’s why it is so important to discuss business contracts, contract breaches, and/or related lawsuits with experienced legal counsel.

Stuck in a legal bind? Schedule a consultation TODAY.